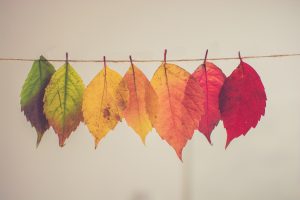 Photo by Chris Lawton on Unsplash

How do you know when it’s time to change something important in your life? You might think this an inane question. Like how do we know when our arm is broken? When it doesn’t work—and it hurts.

But one thing we’ve learned in the past century is that we consciously know only a tiny fraction of what is going on with us. Freud claimed our consciousness was like a tiny raft on the unknowable sea of the unconscious.

More recent scholarship has confirmed his metaphor—although our understanding of the unconscious has radically changed since Freud. Both Strangers to Ourselves: Discovering the Adaptive Unconscious by Timothy Wilson, and Incognito: The Secret Lives of the Brain by Dave Eagleman are chock full of studies demonstrating how little we know ourselves.

To take just one example: Researchers asked people to sign a petition. If the researcher presented the petition on a light tinny clipboard, approximately 25% signed. If the researcher clipped the same petition to a heavy solid clipboard, 75% signed—a 300% difference. When asked why they signed or did not sign, exactly zero percent said the deciding factor was the weight of the clipboard.

Psych grad students take a perverse delight in concocting experiments that prove (yet again) that humans are clueless about why they do what they do. This is not to say that others are unaware of what you don’t know—there are multi-billion dollar industries intent on ferreting out every way they can to manipulate a dollar out of your pocket and into theirs (for example, here and here). There are now apps that can determine your feelings—including depression—before you know them yourself.

To our selves then, it may be unclear when it’s time to make a change.

How do we know when it’s time to make a change?

It might pay, then, to do a little sleuthing.

There are five ways that we can use to determine when it’s time to make a change. I note them below from the more obvious (i. e. conscious) to the less obvious.

Our values are perhaps the most obvious signal when it’s time to make a change. You look at the scales and decide to go on a diet; you note that your team isn’t producing satisfactory results and you decide to improve your team-building skills; you want to move into a higher position and you commit to developing your leadership capacity.

The purpose of our feelings is to motivate us; they are evolution’s way of getting us to do what we need to do to survive. Absent feelings we would be helpless, unable to make any decisions, or to take any actions.

Key to knowing when it is time to make a change is knowing what you are feeling.

If you know what you are feeling, you know what the feeling is associated with (e.g. your team’s work product), and the feeling is strong enough to get you moving, then it may be time to change. It is wise, however, before leaping into action to do a reality check. You may feel that your team is underperforming—but get some data first. Is it meeting its quotas? Are its work products satisfactory to your boss? Is it meeting its schedule and budget? Feelings are not a good test of reality—data are.

Problems arise, however, when you experience feelings that aren’t associated with a specific issue—depression, anger, anxiety, malaise, or existential angst are examples—then we need to do some probing to determine the cause of a feeling and what to do about it.

Feelings may also mask other more critical feelings. Anger is a good example of this. Many years ago, I had a client whose wife was brighter and more articulate than he. Any argument, disagreement, or even negotiation they had, he felt out-maneuvered; she could demolish anything he said. The only response he had was to blow-up in barely articulate rage. His anger was cover for feeling impotent and dominated. Anger was the signal that something needed to change, but his anger was a symptom of the true issue—his feelings of impotence.

If you use feelings to signal the need to make changes, be alert to the fact that your feelings don’t always work in your best interests. If you are angry at your boss, for instance, letting him know it is not likely to advance your career; ignoring an irritating employee is not likely to improve team morale, or; stewing in rejection because the board declined your proposal, doesn’t improve your chances with your next proposal.

Feelings can be an unsettled morass of confusions and contradictions. Because they can be cover for other issues or lead us astray, sorting through them takes serious work—but they are still the most common signal we have for knowing when it’s time to make a change.

What happens if you aren’t feeling anything? This is not good—people evolved to have feelings. If you don’t feel anything, you have likely buried them under stress, overwork, booze, or defensive armor. If so, then there are internal issues that you need to take care of. Busting through your numbness could well be the province of therapy—not coaching, but I have found that numbness is common among my high-performing clients. They numb themselves—not for a therapeutic issue (trauma, for instance)—but because the only way they can perform at such high levels is to banish their feelings. They have taught themselves not to feel so they can get their work done.

If you aspire to be a high-performing robot, there may not be an issue here. But, in my experience, robots don’t have a lot of joy, meaning, or fulfillment in their lives. Numbness, then, is a red flag indicator that it’s time to make a change.

So, you think your life is aligned with your values, you’re not feeling any uncomfortable feelings, you’re not numb—but you can’t stop working, or drinking, or eating, or shopping, or gaming, or exercising, or overdoing something.

A compulsion is any recurring activity that you can’t not do to the point that the compulsion drives you; it has you in its grip. While I listed several specific compulsions above, the most common compulsion among high-performing professionals is busyness. From the instant we awake (way too early) until the moment we put ourselves back to bed (way too late), we are busy; endlessly and compulsively busy.

A compulsion is a control strategy for managing something that we are trying to ignore or something we want to go away. You may not be conscious of what it is you want to go away, but it’s there.

Take a hard look at your life, note any compulsions. Know that if you have any, then it’s time to make some changes in your life.

A pattern, as I use it here, is any reoccurring result you get that seems to happen independently of you. That is, you aren’t consciously trying to get that result—but it shows up anyway.

If you are like the rest of us, you have an explanation for why the same thing always happens to you. Other people are arrogant, or domineering, or untrustworthy—whatever. But note that the common denominator in every happenstance is you. If the same thing happens to you with different people in different places—you are making it happen. You are training the people around you to treat you in such a way as to produce that outcome.

If the pattern you are creating isn’t making your life better—it’s time to make a change.

When is it time to make a change?

How do you know when it’s time to make the change? In the end, I think it’s the wrong question to ask since it presupposes that there’s something outside of you that determines when the right time is—as if you were a roast in the oven and you needed a meat thermometer to tell us when you were done.

The point of this essay is that often you don’t always know when you need to change. You can be so habituated to a life that doesn’t work, so unaware of the barriers you put in your way, or so blind to the nastiness you bring into your life—that you can think that’s how life is meant to be.

Gently put—that’s bullshit. You can live a much better life if you choose to.

If you’re ready to get into action, if you want more challenge, excitement, or contentment in your life—today—get in touch with me. I’m standing by.