The Evolution Of Beauty 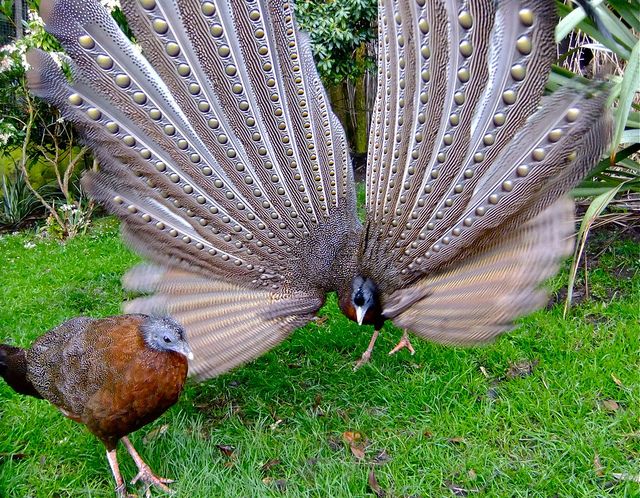 What is The Evolution of Beauty doing here?

What is a book on evolutionary theory doing on a life coaching website? Or, how could this book possibly make a difference in your life?

Well, it might not. But then again, it might. We, humans, tend to forget that we are biological creatures formed by several billion years of evolution. It could just be that all those years of random mutation have had an impact on us—and that investigating it might teach us something about ourselves.

When I look out at our day-to-day world, I’m more likely to see an ideological explanation—that is, a culturally adapted/influenced story that explains to us why we are as we are. It is rare to find in our cultural understanding of ourselves any acknowledgment of our biological or evolutionary origins.

The folks on the right—those that will even entertain the possibility that evolution is at play in our creation—will insist that say, homosexually is a choice and not a product of genetic design. Those on the left, on the other hand, dispute that there are any biologically influenced behavioral differences between males and females; or that gender roles could have been an effective adaption that enabled hominids to survive millions of years—and not (say) the product of patriarchy. (For an extreme example of the adaptive need for highly defined gender roles, read Peter Freuchen’s Arctic Adventure: My Life in the Frozen North.)

Evolution can tell us much about our lives, and any theory of behavior uninformed by evolutionary theory is, at best, offering only a piece of the full story.

I picked this book up innocently, but I was only a few pages into it when I realized that it was pursuing a line of thinking that I have been toying with for the past several years. As I see it, women in industrialized societies are selecting for different characteristics in the men they choose as husbands than they have in the past.

Two things are happening: First, women no longer need to select men who can physically protect them or economically support them and their children. Modern societies are safe, and women have increasingly equal access to the economic world. And, second, as women move into the economic world that has, until recently, been a male realm, they are demanding that men treat them differently. Modern women want to be treated as co-equals and, importantly, to have full autonomy over their sexuality; that is, they refuse to be subjected to unwanted or forced sexual demands.

The demand for sexual autonomy is most notable in the #MeToo movement. Women are making a strong demand that men keep their hands and leers off them. In response, the culture is changing and, as it changes, women look for different characteristics in their mates. Women are evolving men.

Ironically, the women who select for modern co-equal characteristics in their male partners tend to have low fertility rates—often less than two children. Consequently, these women risk self-selecting themselves and their newly evolved men right out of the gene pool.

The Evolution of Beauty: Prum’s thesis

Standard evolutionary theory claims that when random genetic mutations confer an adaptive advantage to an organism, that organism is more likely to survive and thus pass its genes onto succeeding generations. In other words, adaptive change drives morphological change.

Prum, however, resurrects an argument that Darwin made in The Descent of Man that most evolutionary biologists have, since Darwin, dismissed. Prum argues that sexual selection also drives morphological change and that—this is the kicker—the selection is a-adaptive. That is, the selected characteristic does not (necessarily) aid the organism’s survival and can, in fact, can diminish it.

Prum is an ornithologist, and most of his examples are of birds. Any beginning birder quickly discovers that in most bird species, either the two sexes look identical (e.g. ravens, seagulls, penguins) or that the male is more colorful and ornamented than the female. In the first instance, this is because both sexes select each other, and in the second because the female selects the male.

What sexual selection (at least among birds) has produced is mind-boggling in terms of complexity, intricacy, and beauty. It is one of the great joys of living in the 21st century that everything you want to see has been filmed and posted to YouTube. Every male courtship display that Prum describes is available on YouTube. You must read this book next to a computer. Check out these videos:

You will need to read the book to fully appreciate the extreme physiological and maladaptive changes required to produce the three displays noted above. In some species, the changes wrought by sexual selection are so maladaptive that the species are going extinct (see paragraph above that begins with “Ironically”).

In addition to selecting for beauty, Prum argues that the females of some species also select for sexual autonomy. Male ducks, apparently are the Harvey Weinsteins of the bird world. The males force copulation (biologists do not use the word rape—too much baggage) on females. To facilitate this, they have evolved long (some longer than their body length) corkscrew penises to force entry. (You can see duck rape on YouTube as well). Females have evolved vaginas that corkscrew in the opposite direction to prevent entry (They relax their vaginal walls, de-corkscrewing, to let their chosen mate in).

A less dramatic example is the bower that a male bowerbird makes. Female bowerbirds, Prum argues, select for males that build bowers that provide both an aesthetic and safe space by erecting a physical barrier that protects her from the male while he’s doing his courtship display.

You can see where this is all going and, in fact, Prum’s last chapter details what sexual selection has produced—physiologically and behaviorally—in humans.

We, men, should be endlessly appreciative of women selecting for our large penises (relative to other primates, but not, apparently, to mallards). Also, claims Prum, women self-selected for their extraordinary capacity to orgasm. The females of only a tiny number (3?) of nonhuman species orgasm. (Because such behaviors must be investigated with the aid of laboratory sex toys and the exertions of diligent scientists, female orgasm in some species—elephants and blue whales, for example—has not yet been definitively determined).

But to close the circle. Prum argues that human females also select for their sexual autonomy and have over millions of years reduced the male-on-male aggression (and increased male social tolerance) that exists among most of our primate cousins (the startling exception is the bonobo). It is male aggression that, in turn, drives coercive sexual behaviors within primate species. Unanswered is the question of how early female hominids evolved mate choice–female chimps and gorillas have essentially none.

Thus the #MeToo movement is yet one more step in the female-driven evolution of the human species.

It will be interesting to see—eons hence—where we end up.

I cringe every time an evolutionary biologist or psychologist says “because.” “The female manikin selects males with yellow legs because she finds them beautiful.” Really!? How do they know?  Scientists don’t. They are just making that up. Keep that in mind.