Transformation: Is It Hype? 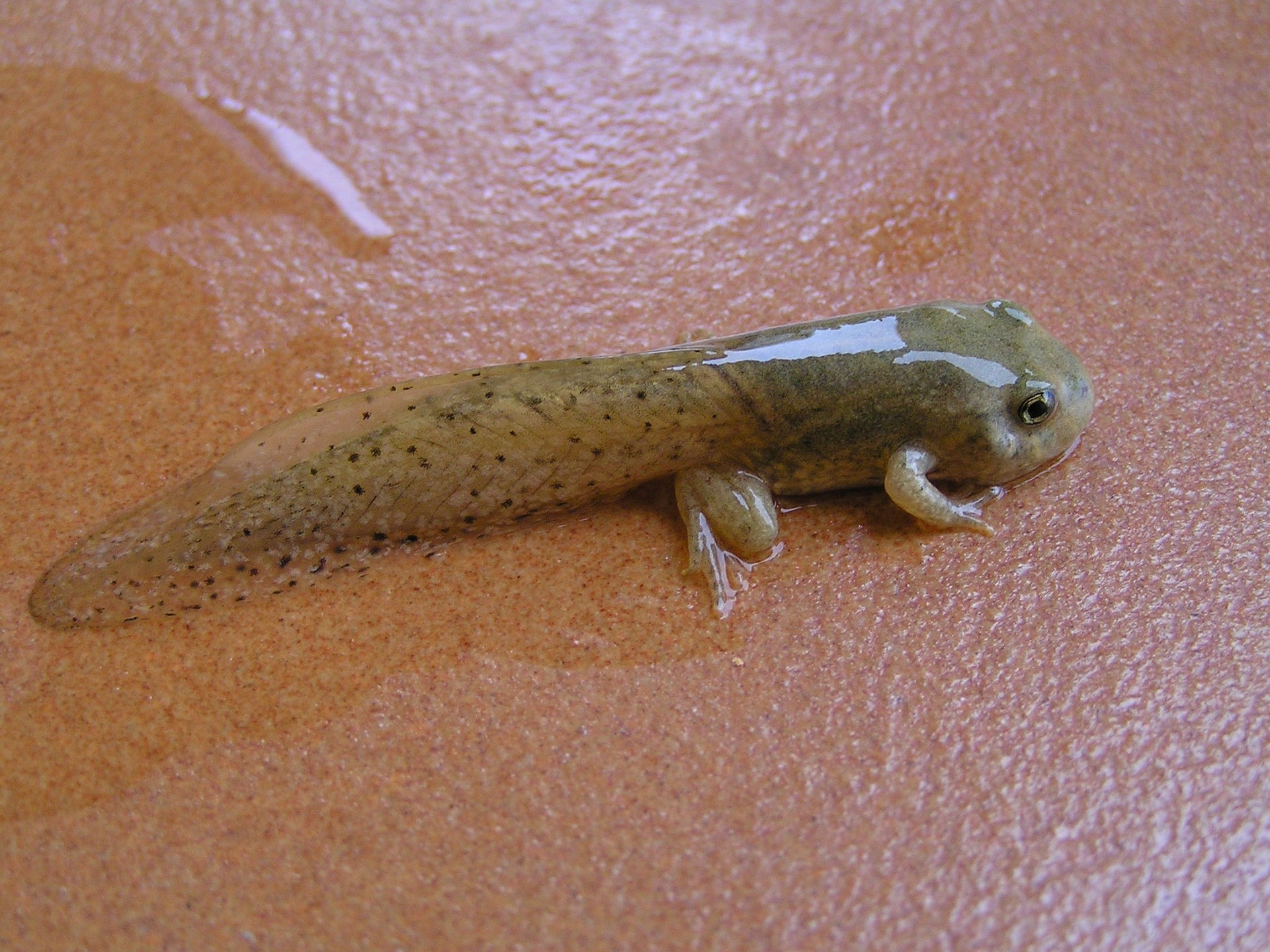 Transformation is a word that gets kicked around a lot by coaches. It would be easy to dismiss it as woo-woo or so much hype: Bust out of your cocoon—become a butterfly!

However, transformations happen. In nuts and bolts terms, a transformation occurs when a person sees the world in a new way such that new behaviors, feelings, and actions become available that were not previously possible.

Contrast transformation with change. Change is doing something more, better, or faster. That is, the underlying way a person sees the world—in coach jargon, a person’s context–does not change. Change happens when a person improves their performance within the same context. So—instead of writing 1000 words a day, the writer writes 1200. Or, instead of checking their email hourly, they now check it three times a day. Or, instead of getting angry at their spouse three times a week, the person gets angry only once a week.

There is nothing wrong with change—sometimes, it is all we have. Knocking a second off your best time in the 100-yard dash is change. If you transformed by sprouting wings, it would likely get you disqualified.

But true power lies in transformation—seeing the world newly so that what looked impossible and out of your reach now becomes possible.

To transform is to see the world differently. Implicit in that statement is the supposition that we don’t have direct or objective access to reality. If we saw reality as it is, we could not change how we see it.

But we can’t perceive reality objectively; we don’t see it as it is. Our perception of reality is created by our biology and by our conscious minds.

First, humans (indeed all sentient creatures) filter reality through the biology of our senses. Thomas Nagel wrote a frequently cited paper titled What Is It Like To Be A Bat? (see a summary here). In it, he argues that our perception of reality is subjective.

It is easy to imagine that a bat, whose primary sense is echolocation, perceives reality differently than we do. But even among humans, perception varies—some women, for example, have four color receptors and see more colors than the rest of us, who have only three.

Second, our brain filters out sense data that it doesn’t think it needs or that evolution has determined isn’t necessary for our survival. A well-known example is the Selective Illusion Test, where viewers must count the number of times players pass a ball. As the players pass the ball, a person in an ape costume walks through the court. Most viewers focused on counting passes fail to see it. Daniel Kahneman won the Nobel Prize in economics for demonstrating how selective our perception of reality is. For a neurological view of what and why our brain filters sensory data see this introduction.

Third, when sensory data reaches our consciousness, we instantly ascribe meaning to it. When we see, for example, a boy kick a dog, we immediately have a judgment or an assessment of the event: It’s wrong to kick dogs, or the boy is mean, or the boy has negligent parents, or the boy was right to kick the dog because dogs are dirty.

Mistaking the meaning we give to reality for objective reality is a fundamental human behavior and one of the most disempowering aspects of being human. When we believe our meanings are the Truth, we can’t transform—since transformation requires that we give up an old meaning and adopt a new one.

But—once we understand that we create our reality, we have the freedom and the power to change it. Once we’ve made this step, the possibilities in our lives expand.

Popular culture often uses “shifting your mindset” to indicate a transformation. If you are angry at your boss because she—in your estimation—micromanages you, shifting your mindset to, for example, “She’s just trying to help you succeed” might be transformative. The test is whether your feelings of frustration and irritation disappear. If it works—great; there is no need to dig deeper.

But generally, what happens when shifting your mindset at this surface level, is that you are trying to force a new way of looking at the world (she’s trying to make me succeed) on top of an underlying context of “she is wrong to treat me this way.” And this context may sit, in turn, on top of a yet deeper context of, for example, “I’m not good enough” or “I am weak”. If the former, her micromanaging may feel as if she’s rubbing your face in your inadequacy. If the latter, her micromanaging could appear to you as domination. Being told what to do confirms that you are too weak to stand up for yourself.

Shifting a surface-level mindset that rests on incompatible contexts—contexts of which you may not be aware—results in you being inauthentic. Your inner and outer selves are not aligned. Such misalignment is disempowering and, if nothing else, leaves you at war with yourself.

The following examples are of transformations my clients have had during my work with them. All names are fictitious.

Shanice believed that she was unlikeable—consequently, she didn’t reach out to others, waiting for them to make the first gesture before she responded. When she saw herself as a gift, she was willing to make the first move, even at the risk of receiving a negative response.

Tom was upset. He wanted to attend his daughter’s softball game but was scheduled to be in Chicago for a critical client meeting. When I asked what was in his way of solving this problem, he yelled, “I can’t be in two places at the same time. I can’t violate the laws of physics.” When he calmed down and started looking, he realized that one of his unshakable contexts was that he had to do everything by himself. Once that was distinguished, he immediately saw that if he shifted from “lone ranger” to “partnership” he could ask one of his colleagues to fill in for him in Chicago and—effectively—be in two places simultaneously.

Abby had been angry at her husband for years and felt lonely in her marriage. She saw him as emotionally unavailable. When Abby examined her relationship with her husband, she found that she had designed it—not for closeness and intimacy—but to make him wrong and to dominate him. In fact, she’d recruited family, relatives, and friends to see him as she’d created him. And, as often happens, she discovered that she was emotionally unavailable to him. Her transformation was twofold. First, to see him through a lens of compassion instead of righteousness—which required her to give up her “I am better than you” understanding of herself. Second, she had to step out of the control patterns that protected her and risk being emotionally available.

Jeff was a lawyer in a high-end New York law firm whose managing partner would task him at any time of day or night with projects that often had immediate deadlines. Jeff was distraught and near burn-out. In our first session, Jeff distinguished that what his managing partner wanted was more important than what he wanted. That was enough—by our next session, he’d told his boss that he would no longer work on weekends or late nights. Four months later, Jeff had left his firm, pitched an entirely new position at another law firm, increased his salary, and in the interview—before he was even hired—established his work/life boundaries. He had transformed from a doormat to a superhero.

When her firm fired her, Sally said she wanted to slink away without making a fuss. On investigation, she discovered that a deep sense of shame drove her wish not to make a fuss. Her shame rested, in turn, on a self-assessment that she wasn’t good enough. Once distinguished, she resolved not to let that self-assessment stop her. She made a fuss, ultimately negotiating a 6-month severance package and—more controversially—the language she wanted to explain her departure to her team.

Judy was stuck. She was in a dead-end job that had no professional or financial upside. Quitting wasn’t an option because her income supported her family. When she probed her reality, she discovered two contradictory contexts she had created. First that she saw herself as a child among adults and thus at their mercy, and second, everyone around her was dumb and constitutionally unable to do things differently. When she took on being the agent of change in her own life, she created and pitched to her managers an entirely new job that included managing a team and higher pay.

Note the common theme running through these examples. Each person’s disempowering perception of reality served to protect them. Their reality prevented them from risking experiencing a painful feeling. Shanice protected herself by reacting–not initiating; Tom from reaching out to a colleague; Abby from being vulnerable to her husband; Jeff from saying no to his employer; Sally from asserting herself and; Judy from proposing something new.

In each case, they avoided feelings that come with rejection, failure, looking foolish, shame, and not being liked.

When you create your reality to protect yourself, you limit yourself. It is the ultimate act of disempowerment.

Transformation requires seeing the world or yourself differently and the courage to accept the risk that your new action may not turn out as you wish.

If you are stuck or your life is not where you would like it to be and are ready to transform it—let’s talk.